Navigating the world of new releases and working through an already carefully selected reading list longer than your arm span twice over can be difficult. We now have access to a vast range of genres and some people love them all, and some love a select few… I guess I fall into the latter, in some ways.

Honestly, you could throw anything 19th century or earlier at me and i’d snatch it up in a heartbeat regardless, but I can’t seem to get on with a lot of 21st century novels. Maybe it’s because I’m a queer girl living in a heteronormative world, and my teen years weren’t filled so much with LGBTQ* literature thanks to a significant publishing discrepency reaching even as recently as a few years ago; Maybe it’s because I saw a fine line between books that were amazing and those that fell short in my eyes. What I do know is I’m both a literature fanatic and a massive fusspot so I haven’t always been sold with some of the hypes.

It’s taken me years, but I think I’ve found the formula to finding new books you’ll be into right away. Some of these are obvious, and others might be simple but something you’d not thought of before now.

Authors themselves play a key part of what you’re reading, in fact in many ways. The author’s presence regarding your literature isn’t just about the story itself, but all that makes the story.

Use of Story Archs

Starting basic, the way authors build both the story and plot plays a huge part in what you’re reading. It’s about the way they build what you’re reading and how you feel when you reach that climax – someone may write well and have the ideas, but I’d argue without the archs and progression, the story can be let down hugely.

Everyone responds differently to different authors; some people think Jane Austen’s sentences are too long, but I think they’re perfectly formed; I can’t get my head into John Green’s style of writing, but it doesn’t mean he’s shit.

If we all got on best with the same writing style, there’d be one author, a right and a wrong, a simple answer… but that takes the fun out of reading and writing alike.

I spent some of my teen years in my head because ‘all YA fiction is like The Fault In Our Stars’… and maybe, but not in the sense it’s made me dislike it. I shoved a lot of books to the side because they fit with the hype, or they had similar enough stories to be classed as within the same YA sub genre, but it wasn’t the story that did that for me; it was the writing. 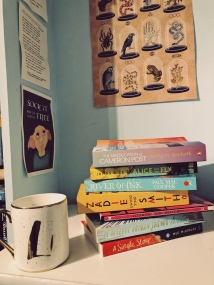 As I said, I don’t quite get on with the way John Green writes. For me, it’s not stimulating in the way I best absorb literature… but that’s okay. You just have to identify that it’s not the story, the genre, but it’s the way your brain ticks vs words that don’t fit your fantasy.

That all said,  as well as ruling out, thinking ‘I LOVED the way (insert author’s name) wrote this’ will help you – identify other books by them, note the things you loved to look out for again.

For whatever reason, I find I can read female authors’ works much more enjoyably. This isn’t a dead certain (especially when considering LGBTQ* literature for one) but I tend to process their writing better.

Morality and the Author

The intrinsic moral of the story is significant and this is something led by authors; if your author is a climate change activist, expect to see these themes thread through the novel, even if that’s an undertone lay down by a singular character, but it could shape the whole story. A great example of this is the wonderful Sue Hampton. The authors’ morals are definitely worth consideration on another level, too – as someone who’s relationships are driven by morality, no matter how good a book sounds, I won’t be pouring my money into racists or similar.

A huge selling point for literature is it’s genre. A separation into romance, comedy, or social commentary will help you find your calling. This can span across a range of years or stick down the middle to a specific time period (mostly due to changing social attitudes). Genre is the thing we all tend to look at when we think ‘what should I read next?’, so no one should be shocked it’s in here.

Another thing to consider is the cross-genre: I can easily say I don’t like romance, for example, but somewhere in the depths of the romance genre you can relate the story to Marxist theory (etc). Don’t throw a chance out because of a category – you may find you like it better.

Considering this is going up on a blog, it’s safe to consider this one as a given. Even when I go through the worst of my energy-consuming bad patches, I’ll try and read a blog or two. Maybe I can’t write or read long pieces, but I’ll take it in, hear the story from you. Whenever I see a book shared or discussed on social media, I’ll have a look into it, and pop it on my ‘to read’ list. That’s why I love blogging and other blogs.

This considered, I really enjoy reading and being a part of blog tours for literature. When I’ve worked in the past with companies like Aeon and The Book Publicist, I’ve found myself exploring the other blogs. Everyone seems to be asked to be a part for different reasons; I’ve had some book tours I’ve been a part of due to being a Mental Health Blogger primarily, when other bloggers like the author or genre – these explorations have helped me find new novels to feast on.

One thing I spent way too much time doing after finishing my first book of the year was browsing the likes of amazon, the book depository, and sites for smaller book sellers and businesses. I found myself led into a rabbit hole of recommendations, even if from a robot, and you know what… it was great. Many of these books I proceeded to find in charity shops and absolutely loved when reading them, but the internet’s automatic seller-bot did me pretty well! 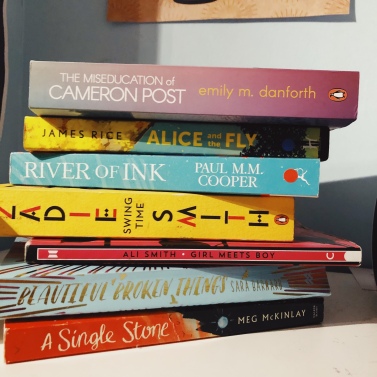 Whether you know what you’re after or are just looking for an excuse to buy more books, charity shops are the one. Some charity shops have book specific branches which is truly heaven to me, but others are just cute independent places! I’ve been in local stores before and gone ‘OH, I saw a girl on the train reading that’, and when I picked it up, it turned out just right. A lot of the time people feel less of a ‘risk’ buying from cheaper shops and donating to charity, which is a benefit for widening your horizons as well as the do-gooder action you’re partaking in.

Smaller businesses are more likely to cater to a niche – whether that’s the Notting Hill Bookstore, famous but tiny, or a tucked away lane based shop like Five Leaves in Nottingham, I find myself loving a majority of the stock.

They frequently centre around certain issues they know customers search for, for example having a huge archive of LGBTQ* or left-wing leaning literature. I also adore the fact they stock local and smaller authors to kick their careers off. I’ve found so many smaller authors I adore in shops like these, and have found myself expanding my range whilst pouring my funds into local literature as a result of the single trigger name.

These stores may be a little more expensive but it’s contributing locally rather than to a grand capitalist corporation. It also likely treats authors themselves more ethically.

So, there’s my best tips on expanding your range of literature and finding books you’re guaranteed to love. This really helps readers stay out of apathy, especially in times of stress such as exam seasons, so I hope it helps you too.

Coping with chronic & mental illness oh and a cat...

‘Though she be blind, yet she is not invisible.’ - Francis Bacon

Through the Eyes of Anne Boleyn

my little spot on the internet for lifestyle